“Joe Biden and the radical left are deeply out of step with the people of Wisconsin on every issue that matters, prosperity or security. And that’s nowhere more evident than in the way this president has fought for American jobs and American workers. I mean, the trade deals that Joe Biden supported in his four decades in Washington cost jobs here in Wisconsin. But this president knew from day one that when the playing field is level, American workers can compete and win against workers and businesses anywhere in the world.” 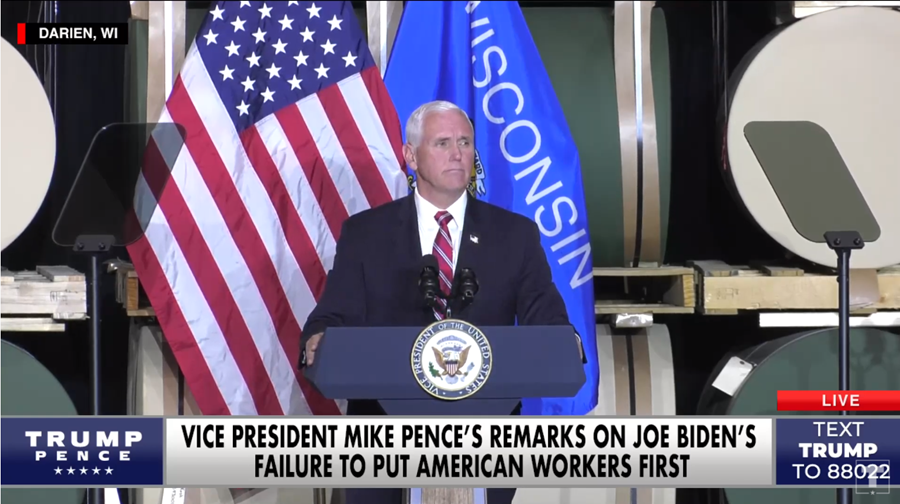