MILWAUKEE, WI — Protect Our Care launched a new digital ad today that debuted during a health care virtual event for the Democratic National Convention. “Gone” is part of a $2 million campaign holding President Trump accountable for his failed response to the coronavirus and how his years-long efforts to sabotage the ACA have only made it harder to tackle the virus. The Trump administration is arguing before the Supreme Court in the middle of a pandemic that the entire Affordable Care Act should be struck down. If successful, President Trump would rip away health care from more than 23 million Americans and end protections for more than 135 million people with pre-existing conditions, including for millions of Americans who have contracted the virus. 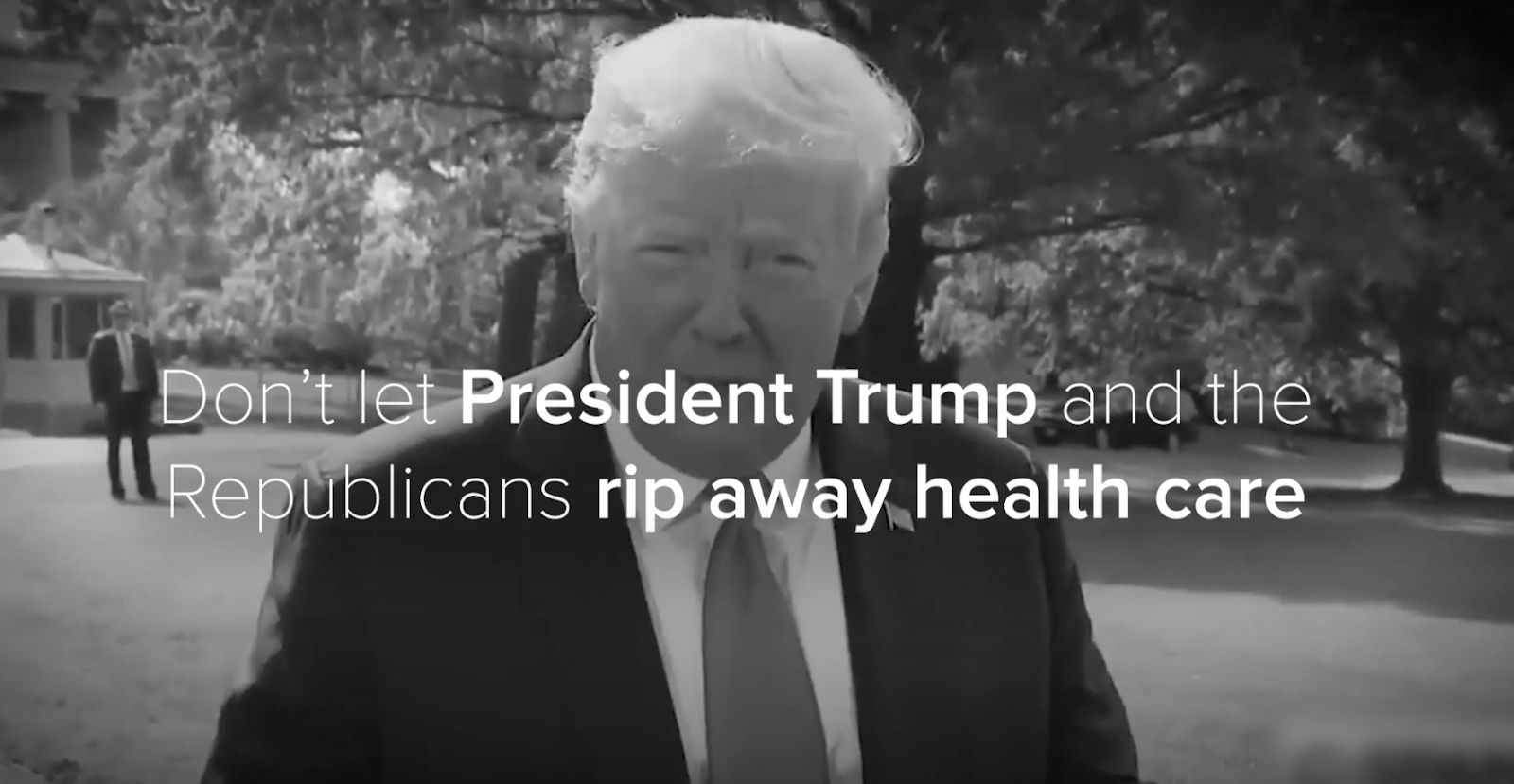 As the coronavirus health crisis rages on, Protect Our Care launched these ads to urge President Trump to end his war against health care and do more to protect Americans during the pandemic.

“Instead of showing leadership and working to protect Americans as we face a global pandemic, President Trump continues to try to rip health care away from more than 23 million Americans by pursuing a politically motivated lawsuit against the Affordable Care Act,” said Protect Our Care Chair Leslie Dach. “Getting rid of the ACA during the worst public health crisis our nation has faced in a century would be disastrous, yet Trump continues his war on health care. If President Trump is successful, tens of millions will lose the coverage and protections they need to battle the coronavirus.”

If the Affordable Care Act is struck down:

GONE: Protections for 135 million Americans with pre-existing conditions. The uninsured rate will increase by 65 percent.

GONE: Nearly 12 million seniors will have to pay more for prescription drugs because the Medicare ‘donut hole’ will be reopened.

GONE: 2.3 million adult children will no longer be able to stay on their parents’ insurance.

GONE: Insurance companies will be able to charge women 50 percent more than men.

GONE: Key support for rural hospitals. As Americans lose coverage, already struggling hospitals will be hit even harder as their costs increase.

GONE: Ban on insurance companies having lifetime caps on coverage.