The group said the new ad will run in Milwaukee and Green Bay. It’s part of a nearly $2 million-per-week effort on TV and digital in Michigan, Pennsylvania, Wisconsin and Arizona.

The narrator says Trump has remained focused on gutting health care even as millions have lost their jobs and their insurance with billions in proposed cuts to Medicare. He’s also “trying to destroy” the Affordable Care Act in the middle of a pandemic, the ad charges.

“If Trump gets his way, insurance companies could discriminate against people with pre-existing conditions, and 23 million Americans will lose their coverage,” the narrator says. “Donald Trump is failing America.”

AdImpact predicts $344M will be spent on ads in Wisconsin races 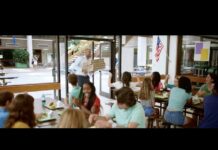