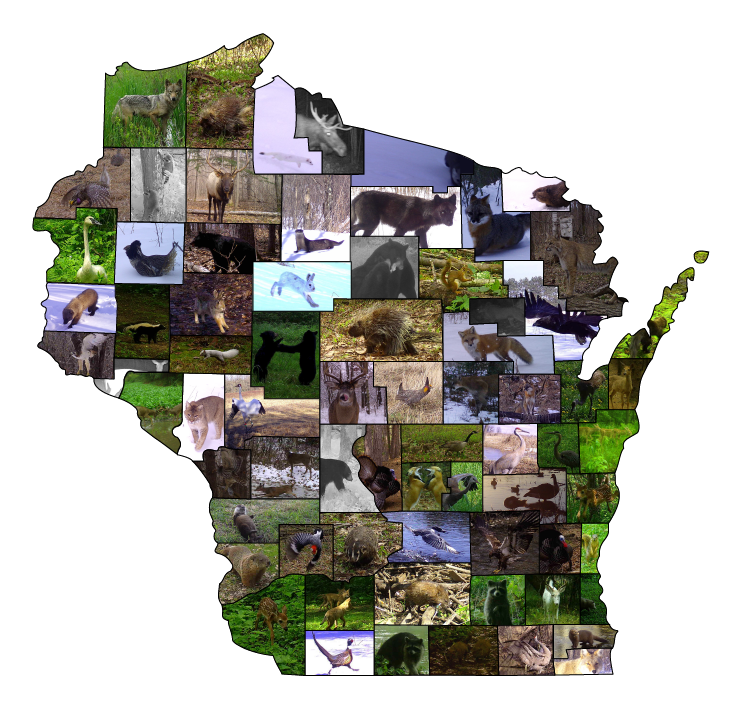 Snapshot Wisconsin is a citizen-science program that gets the public involved to help monitor wildlife. Volunteers host a network of trail cameras that take “snapshots” of wildlife as they pass by. Volunteers then classify the species from their trail cameras with help from the public using the Zooniverse crowdsourcing platform. The data helps the DNR understand where certain animal populations are around the state and make important wildlife management decisions.

Snapshot Wisconsin started as a pilot program in two counties in 2016 and expanded statewide in 2018. Today, over 1,700 volunteers monitor more than 2,100 trail cameras across all 72 Wisconsin counties. The Snapshot program receives approximately 45,000 photos per day.

To celebrate the 50 millionth photo milestone, the Snapshot Wisconsin team selected some of their favorite photos from across the state and built an interactive map of Wisconsin to thank everyone who has helped the program.

This tool highlights each image and tells a short story about the photo or the species shown. The public can view rare species sightings, unusual animal behaviors and even a few multi-species encounters using this interactive map.