Tonight in NBC’s televised Town Hall in Miami, Donald Trump refused to disavow the anti-Semitic QAnon delusion, which his own FBI labels as a “domestic terrorist threat.” This is not the first time Trump has refused to disavow the collective delusion. In August, Trump said that he appreciated the support of Q followers from the White House briefing room, and his campaign has repeatedly courted QAnon followers in its paid media program. Trump and the Republican National Convention also came under fire for listing Mary Ann Mendoza as a speaker after she amplified tweets suggesting that there is a Jewish plot to enslave the world. 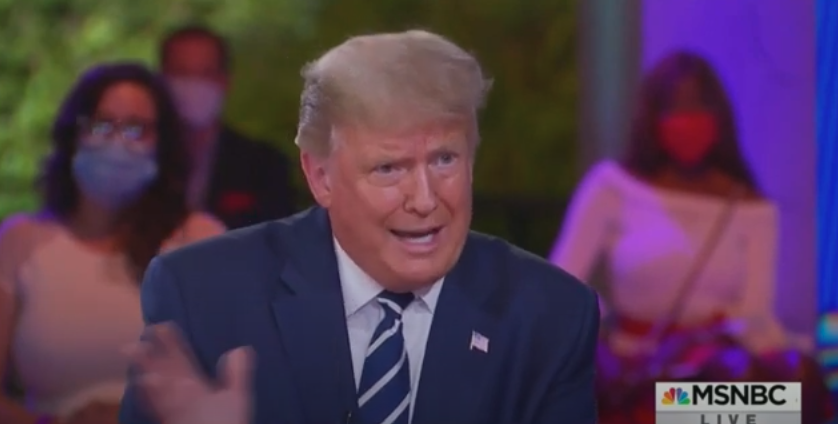 “Donald Trump’s repeated refusal to disavow the dangerous and anti-Semitic QAnon pours fuel on the fires of hatred and violence. Trump’s flirtations with this delusion are not just out-of-touch, Trump’s FBI believes they lead to domestic terrorism, and the president’s refusal to unreservedly disavow them is disqualifying,” said Kyle Morse, an American Bridge 21st Century spokesperson. “This is not who we are, and we cannot allow Donald Trump to continue leading our nation down this dark path. We need to heal this country, and Donald Trump proved tonight that only Joe Biden is up to the task.”