Press Releases Americans for Responsible Solutions: Four reasons why Americans should be alarmed that...

Washington DC – This week, Milwaukee County Sheriff David Clarke accepted a senior position with the Department of Homeland Security. Known for his outrageous and inaccurate rhetoric, Sheriff Clarke has previously suggested that a semi-automatic weapon be added to the Great Seal of the United States and that ISIS and Black Lives Matter activists were forming an alliance to destroy America.

“Sheriff Clarke’s appointment to the Department of Homeland Security is the Trump administration bowing once again to the gun lobby, yet another reward for the 30 million dollars they spent to elect him,” said Peter Ambler, Executive Director for Americans for Responsible Solutions. “Clarke’s polarizing personality, close relationship with the gun lobby, and willful disregard for the safety of our communities and law enforcement is a direct threat to all Americans. This country doesn’t need a senior Homeland Security official who would rather shoot someone than call 911.”

Below are four red flags to know about David Clarke:

What Members Of Congress Are Saying: 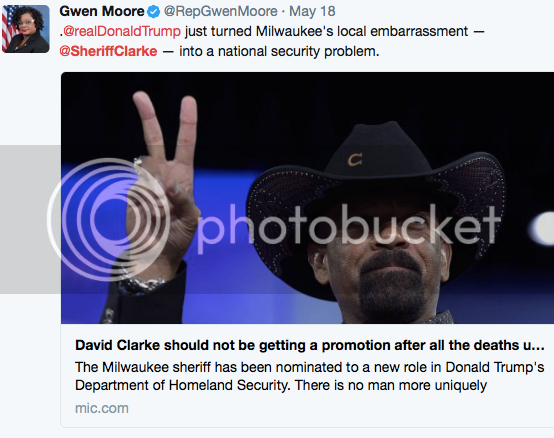